What options do I have in reporting relationship violence, sexual assault, or stalking?

What if I do not want to make a formal report?

You can also file an anonymous report by talking to the HOPE Center staff, members of the HOPE advisory board, or any other faculty or staff member, as well as your Resident Hall advisor or director, all of whom are considered campus security authorities (or CSAs). It is important to be aware, however, that CSAs have certain reporting obligations that are federally mandated under newly expanded regulations. CSAs will be very sensitive to your desire for privacy and anonymity. By federal mandate, however, they are now required to report the crime you tell them about to LHU Public Safety. They can keep your identity anonymous in their report to Public Safety.

If you do not wish to file a formal report, your CSA will respect and honor that. However, if the crime is of a sexual nature (stalking, sexual assault, dating violence or domestic violence), the CSA must also let the Title IX coordinator on campus know that a crime was reported, and let that coordinator know the name of the person reporting. The reason for this is to give the coordinator the opportunity to contact you, the student reporting the crime, to inform you of your rights as a student and the resources available to you that will help assure your protection. It is also to help the university make sure that the crime you report is not also perpetrated on someone else.

The Title IX coordinator’s being given your name and the crime you are reporting is NOT the same thing as a formal report to Public Safety. Your name is privileged information and will not be shared with anyone except the Title IX Coordinator unless you choose to make a formal report.

Why do the Chief of Police and Title IX Coordinator have to know? 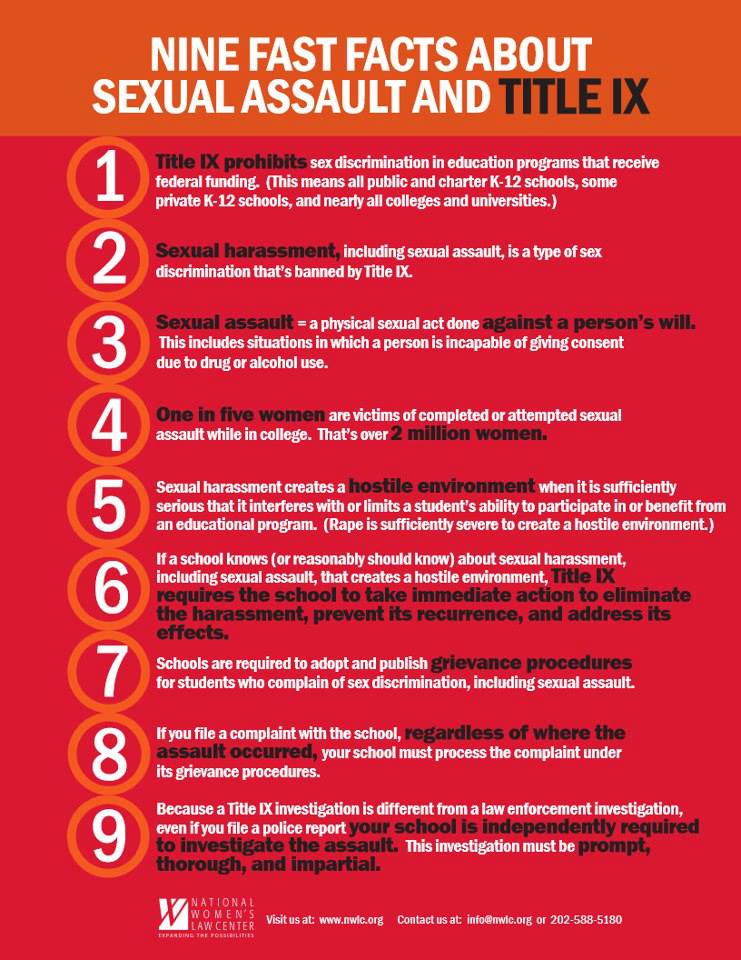 In 1990, a young woman attending Lehigh University, named Jeanne Clery, was brutally attacked and killed in her dorm room. Through lobbying by her parents, Congress passed the Jeanne Clery Disclosure of Campus Security Policy and Campus Crime Statistics Act. The Clery Act, as it has become known, requires that all universities make people aware if certain crimes occur on campus through an annually released crime report. You can find Lock Haven University's crime report here.

In 2012, when the Violence Against Women Act was reauthorized, the Clery Act was expanded. It now requires that all instances of relationship violence, sexual assault, and stalking that occur on campus be part of the crime report. This allows everyone to know how many crimes are occurring. The Clery Act does not require anything other than a number be reported; these numbers are based on both the confidential and formal reports that are made. Information on how the Violence Against Women Act changed the Clery Act can be found here.

Universities are required by law to make every effort to accurately report the number of crimes occurring on campus, as well as to teach both employees and students about these crimes. If a University fails to accurately report the number of crimes, the Department of Education can penalize them through fines and reducing the amount of federal financial aid available to its students. This is why the Chief of Police must know.

The Title IX Coordinator must know about the report to make sure that the University complies with Title IX. Title IX was designed to make sure that everyone had equal access to an education, free of coercion and harassment. Sexual assault, relationship violence, and stalking hinder someone's ability to reach their educational potential. All incidents of these crimes must be reviewed. The Title IX Coordinator will respect your request not to investigate, but must (by law) inform you of your rights.

What if I don't want them to be told?

Please know that we are required by law to inform the Chief of Police and Title IX Coordinator of any instances of dating violence, domestic violence, sexual assault, and stalking that we have been informed about. All members of the campus community must fulfill the requirements of Title IX. The only exception to this is professional counselors; they do not have to share information learned in a therapeutic session. Title IX, though, is only a requirement for University employees. You may also seek support from the Clinton County Women's Center, PASSAGES, A Way Out, or the YWCA Greater Harrisburg (depending on your county); they do not have to make confidential reports to the Chief of Police and Title IX Coordinator.

Should I know anything else about Clery, the Violence Against Women Act, or Title IX?

Both the Clery Act and the Violence Against Women Act were designed to bring awareness to and reduce violence. Although the Violence Against Women Act only names women, it also provides protections against violence for all people. The Clery Act ensures that universities are not able to sweep violence on campus "under the rug." Both Acts are also closely related to Title IX, which prohibits gender discrimination in education. It has guided university actions in everything from athletics to sexual harassment.

Where can I go for more information?

“For us, giving to LHU is a priority. My Lock Haven education afforded me a lot of opportunities and now it’s an honor to be able to help others.” – Ron Bowes ’66