The history of Lock Haven University is the story of the creation of a climate conducive for teaching and learning. 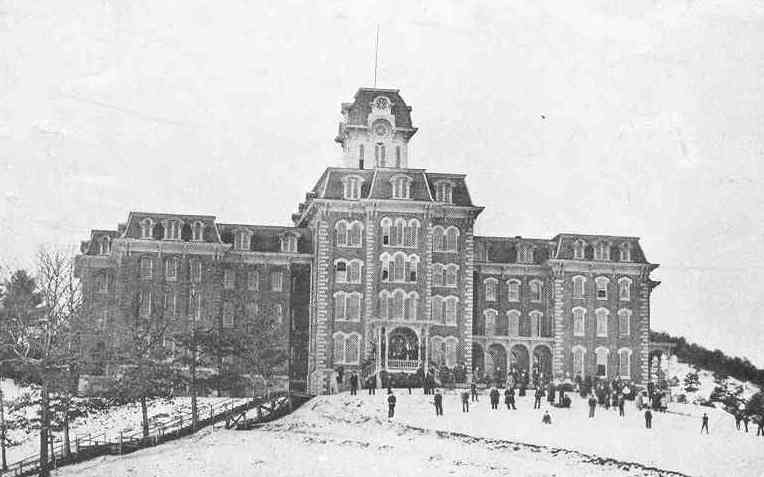 The Central State Normal School, a private corporation until it was legally conveyed to the Commonwealth of Pennsylvania in 1914, was founded in 1870 and chartered to prepare teachers for the public schools.  Subsequently, changes in its mission led to changes in name, to State Teachers College at Lock Haven (1926), to Lock Haven State College (1960), to Lock Haven University of Pennsylvania (1983). The last name change occurred when the State System of Higher Education was created and Lock Haven University joined the 13 other universities within the State System.

Gradually, the scope of our commitment to education has broadened.  Emphasis was first given to Elementary Education, with Kindergarten and Primary grades, Intermediate and Junior High levels, and Secondary Education added later.  When the Commonwealth moved beyond the concept of an exclusively teacher’s college after 1960, Lock Haven State College became a dual purpose institution with undergraduate curricula in both education and the liberal arts.  Graduate programs were instituted after the formation of the State System.

Not only has the mission and vision of Lock Haven University expanded over the years, but also the physical environment and facilities have seen extensive changes.  Due to increases in numbers of students, from approximately 600 in the 1940s to over 2,000 in 1970, and current enrollments at approximately 3,425 students, the campus has been modernized with the addition of many new buildings and residence halls, as well as an extensive library collection housed in technologically current facilities.