From the time she was just 5 years old, Lock Haven University (LHU) alumna, Katelynn "Katie" Grabey, knew exactly what she wanted to be when she grew up. After graduating from LHU in 2014, it took her less than six months to make her dream a reality.

Grabey is an instructor for SeaWorld Parks and Entertainment in Orlando, Florida (SeaWorld Orlando). Her responsibilities include interacting with park guests, staffing all open-water animal exhibits, providing behind-the-scenes VIP tours and educating park guests about the animals and the importance of conservation and preservation of their natural habitats.

"I've had some amazing professional experiences that some people only dream of," Grabey said. "For four years, I hosted an educational killer whale show for 6,000 audience members at a time. I have given countless tours to celebrities and I have also met and now call some of the best animal trainers, zoological professionals and veterinarians in the world, my friends."

Less than a year after earning a bachelor's degree in communication with a concentration in public discourse and performance, Grabey was offered a seasonal position with SeaWorld Orlando. With just two weeks left in that season, she was hired full time. In October 2021, she celebrated seven years in her dream role.

"I am privileged to work with and share the stories of the best animals in the world," Grabey said. "They all make my days brighter. They stole my heart from the start."

Originally from Robesonia, Pennsylvania, Grabey was drawn to The Haven because of its beautiful campus, the helpful and welcoming admissions staff and because she felt it was the perfect size and distance from her hometown.

Once she arrived on campus, her Haven experience set her up for her dream job "in every way possible," according to Grabey. 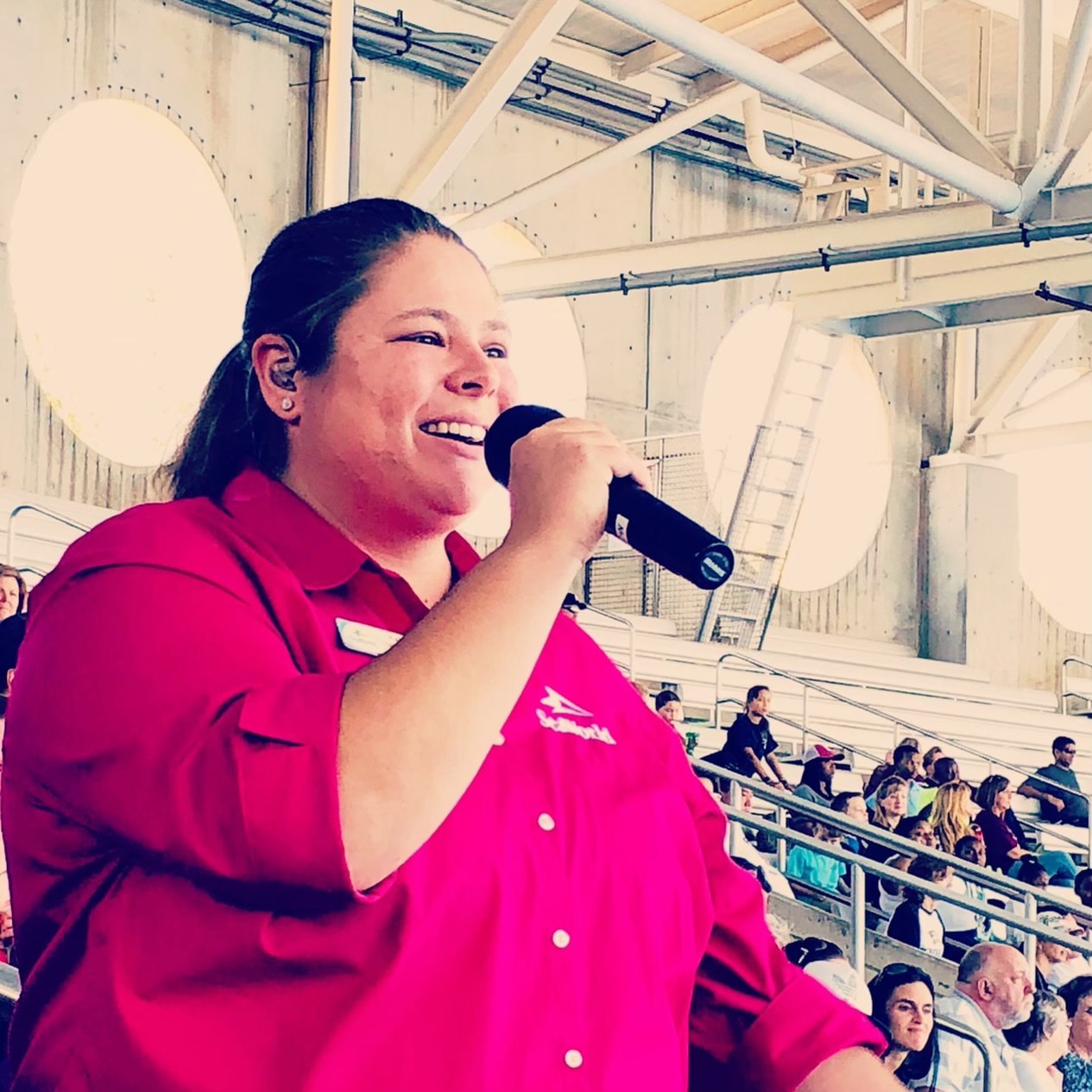 "The first three job requirements for the position I was offered at SeaWorld were public speaking experience, theatrical experience and childcare experience," Grabey said. "At LHU, the foundation of my public speaking skills was built in the classroom, but countless opportunities to expand upon those skills through student employment, and by having the opportunity to perform in theater and musicals as a University Player made all the difference."

"As a student, I was even a member of LHU's Scuba Diving Club," she added. "LHU literally afforded me every opportunity to become the best performer I could be."

As a child, Grabey visited Hershey Park with her mother when she was 5 years old. At the time, the park had a dolphin exhibit, and it was that experience that spawned Grabey's passion for dolphins, and animals, and her dream to become an animal instructor was born.

Aside from the joy of accomplishing what she said, "5-year old Katie set out to achieve," one of Grabey's favorite professional memories involves a 9-year-old girl who once visited SeaWorld Orlando as part of a wish with the Make-A-Wish Foundation.

After touring with Grabey through the dolphin nursery, and asking several questions, the little girl exclaimed to Grabey, "I want to be you when I grow up." 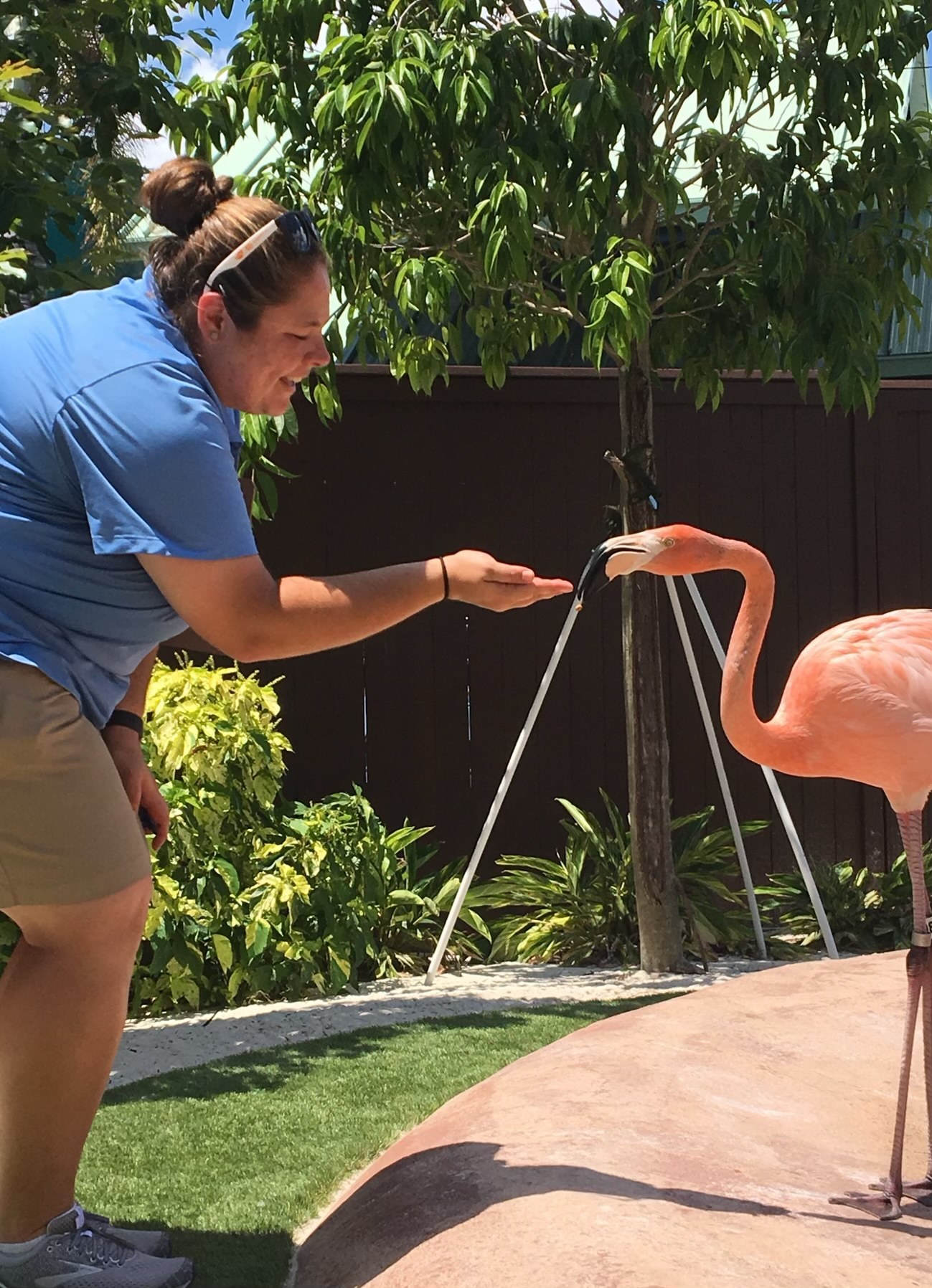 At the conclusion of the tour, with tears welling up in her eyes as the girl walked away, Grabey couldn't help but relive that moment at Hershey Park when she experienced the same realization. Not only was it nostalgic, but it was a raw revelation for Grabey that living her dream was everything she always hoped it would be, and more.

"I get to inspire people of all ages to care about our natural world and spark change to protect the future of our shared global ocean," Grabey said. "And I couldn't have asked for a better education than the one I received at Lock Haven University, which literally led me right to the job I always dreamed of having."

Questions About the Article?

“For us, giving to LHU is a priority. My Lock Haven education afforded me a lot of opportunities and now it’s an honor to be able to help others.” – Ron Bowes ’66