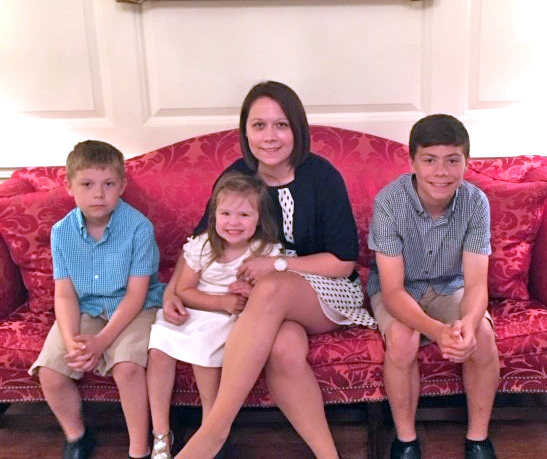 Kristen Lamoreau is shown with her children at a White House event.

Kristen Lamoreau, Clearfield native and 2009 graduate of Lock Haven University Clearfield, has built herself a very impressive resume over the years – including a position at the White House – following several major challenges, even before entering college.

Growing up in Clearfield County in a single-parent, low-income household, Lamoreau became a parent herself in her junior year of high school. Her grades and her high school attendance suffered and college did not appear to be an option. Fortunately, with her mother’s support and encouragement, as well as a few high school teachers who supported her, she was able to graduate.

“I took a shot in the dark and applied to college,” Lamoreau said, thinking she would not have a chance of acceptance. “Thankfully for me, Lock Haven had just opened a branch campus near my home in Clearfield, where I had sent in an application and was invited in to talk to the admissions office. It was there that I met Valerie Dixon, who was then, the Admissions Officer at the campus. She helped guide me through all the testing, financial aid and the admission process.”

Lamoreau was accepted to LHU Clearfield on a provisional status and after doing well in her first semester, she was admitted as a full-time student. In 2009, she received a Bachelor’s Degree in Business Administration. She also holds a master’s degree in public administration from Penn State University.

She also has been employed by Penn State University, Military Officers Association of America and Cen-Clear Child Services, Clearfield, where she is the director of grants. Cen-Clear Child Services is a non-profit organization serving the same low-income consumers that she identified as not long ago, right in the same town where it all began for her. Her challenging beginning has not affected her ability for attain success.

Lamoreau’s son is a senior in high school with hopes to attend Lock Haven University Clearfield, where he plans to major in criminal justice and the ROTC program. The Criminal Justice program offers both associate and bachelor’s degrees and are both offered at the Clearfield campus.

“Oftentimes growing up in a small rural area, post high-school educational advancement opportunities are very few and far between,” Lamoreau said. “This is particularly true if you need to stay close to home or if you have personal circumstances like mine that may prevent you from attending college like a ‘normal’ student. If the Clearfield Campus hadn't been open and available for me to attend, I don't know if I would have ever even gone to college. I am grateful that the campus is located in this area because it opens up the door and gives hope for other kids who may find themselves in difficult situations, much like mine. 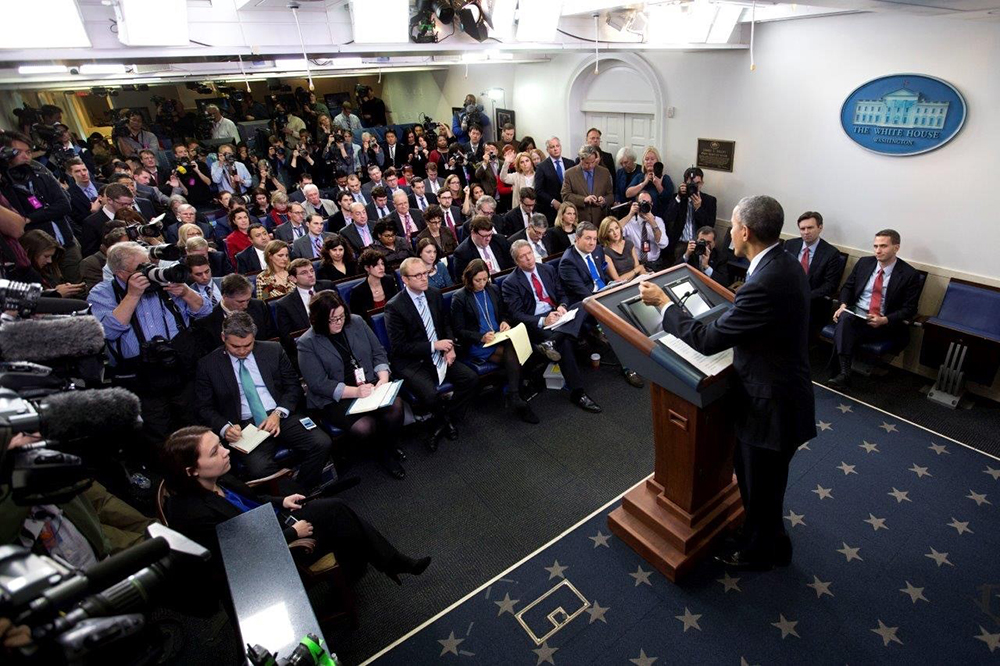 Kristen Lamoreau is shown, at far left, during a press conference at the White House.

“Poverty and teen parenting are all very real issues and barriers for teens in rural areas who want to attend a university to give themselves more out of life,” she added. “It’s important that communities come together to show these kids that with hard work and opportunity they can achieve so much more. I guess the moral to my story is that I am living proof that it's extremely important to keep campuses such as Clearfield Lock Haven open in order to give kids and adults alike the opportunity at succeeding in their own dreams.”

All of the Lock Haven University family is proud to call Kristen Lamoreau a prestigious alumna. Given the opportunity, she rose from aversity and hardship with grit and determination, working diligently to provide for herself and her son. And for all these reasons and more, we wish to highlight her and congratulate her for her achievement.

LHU Clearfield offers nine undergraduate majors, including bachelor and associate degree programs. LHU is a member of Pennsylvania’s State System, the largest provider of higher education in the Commonwealth.